Hypersonic Missiles Are a Game Changer

No existing defenses can stop such weapons — which is why everyone wants them.

Mr. Simon is an analyst at the Quincy Institute and teaches international relations at Colby College. 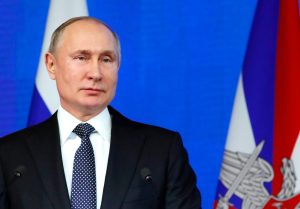 President Vladimir Putin, of Russia, during a meeting with top military officials in December.Credit…Pool photo by Mikhail Klimentyev

Last week, President Vladimir Putin of Russia announced the deployment of the Avangard, among the first in a new class of missiles capable of reaching hypersonic velocity — something no missile can currently achieve, aside from an ICBM during re-entry.

Such weapons have long been an object of desire by Russian, Chinese and American military leaders, for obvious reasons: Launched from any of these countries, they could reach any other within minutes. No existing defenses, in the United States or elsewhere, can intercept a missile that can move so fast while maneuvering unpredictably.

Moreover, hypersonics are a weaponized moral hazard for states with a taste for intervention, because they erase barriers to picking fights. Is an adversary building something that might be a weapons factory? Is there an individual in an unfriendly country who cannot be apprehended? What if the former commander of Iran’s Revolutionary Guards, Qassim Suleimani, visits Baghdad for a meeting and you know the address? The temptations to use hypersonic missiles will be many.

As at the dawn of the nuclear era, when the advent of nuclear weapons became intertwined with an emerging Cold War, a new and radical development in military technology is emerging just as post-Cold War realities give way to new ones. We need to channel the wisdom of the prudent arms controllers of the Cold War, who understood the urgent need to control weapons with terrifying implications.

Steven Simon is an analyst at the Quincy Institute, professor of the practice of international relations at Colby College and a co-author of “Our Separate Ways: The Struggle for the Future of the U.S.-Israel Alliance,” was senior director for the Middle East and North Africa on the National Security Council from 2011 to 2012 and for counterterrorism from 1995 to 1999.