Update (13:35ET): Daily Mail reports the Pentagon has told active-duty military police to be ready to deploy to Minneapolis, a move that would hopefully squash the continued social unrest. The last time the military was sent into a US metro area to disperse large crowds was during the 1992 Los Angeles riots.

“As unrest spread across dozens of American cities on Friday, the Pentagon took the rare step of ordering the Army to put several active-duty US military police units on the ready to deploy to Minneapolis, where the police killing of George Floyd sparked the widespread protests.

“Soldiers from Fort Bragg in North Carolina and Fort Drum in New York have been ordered to be ready to deploy within four hours if called, according to three people with direct knowledge of the orders.

“Soldiers in Fort Carson, in Colorado, and Fort Riley in Kansas have been told to be ready within 24 hours.

“The people did not want their names used because they were not authorized to discuss the preparations.” – Daily Mail

Fox News reported that protests could be seen in more than 50 cities on Saturday evening.

In one instance, protesters torched exotic sports cars at a Mercedes dealership.

Update (11:19 ET): Prepare for a night of hell, as per Fox News’ report that 50 cities could see protests on Saturday night.

“This is absolutely no longer about George Floyd or addressing inequities anymore. This is an organized attack designed to destabilize civil society.”

Protests or social unrest was seen in these major metros on Friday night:

Starting in Minneapolis, where unrest continued into the fourth night following the death of George Floyd, a man who was killed by Minneapolis Police on Monday, had Minnesota National Guard Adjutant General Jon Jensen and Governor Tim Walz announce the request for 1,000 more soldiers from the National Guard as widespread rioting and looting continued.

“This is the largest civilian deployment in Minnesota history that we have out there today, and quite candidly right now, we do not have the numbers,” Walz said Saturday morning.” We cannot arrest people when we are trying to hold ground because of the sheer size, the dynamics, and wanton violence.”

Jensen expects by Saturday evening, up to 1,700 soldiers will be “ready to go.” On Friday night, assault rifle-wielding soldiers were spotted on the streets within the ranks of local police. 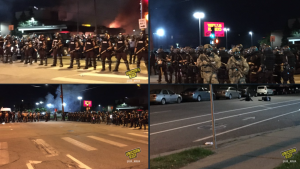 A fleet of armored Humvees lined the street “on Chicago Ave in between Lake St. and 31st as firefighters battle raging fires 8 blocks from where George Floyd was killed,” tweeted Unicorn Riot. 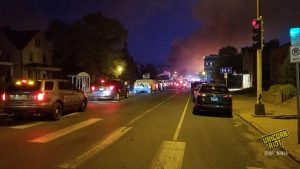 Protesters appeared to have torched a Wells Fargo bank. 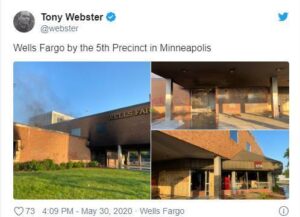 Building structure(s) are still on fire on Saturday morning. 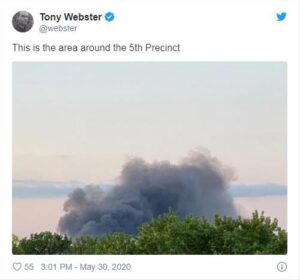 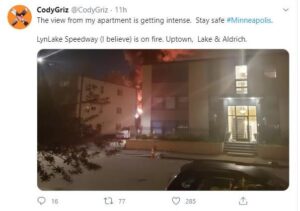 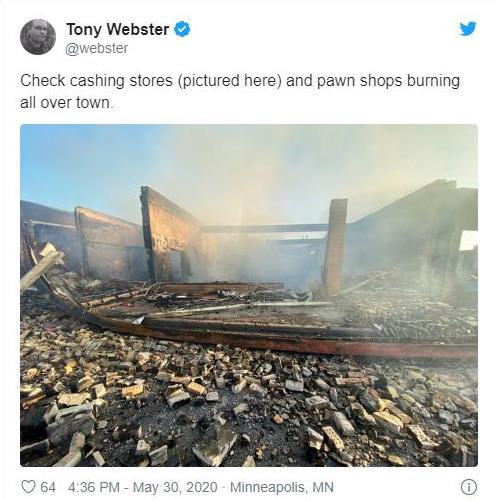 Chaos and destruction continue into the weekend. 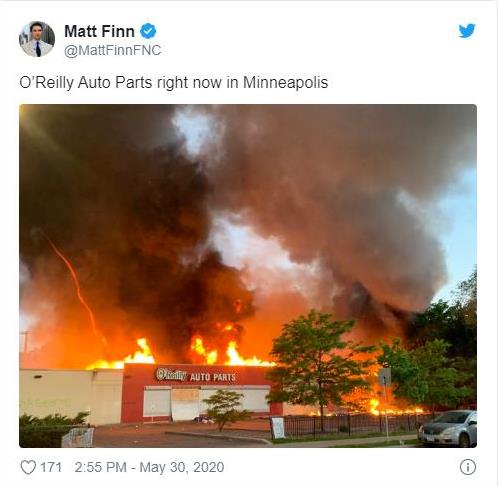 Scenes last night from Interstate 35W, a major highway system in the U.S. that passes through downtown Minneapolis, where protesters broke into a moving UPS truck and stole packages.

In response to Washington, D.C. protests on Friday evening, President Trump thanked the Secret Service on Saturday morning for protecting the White house. 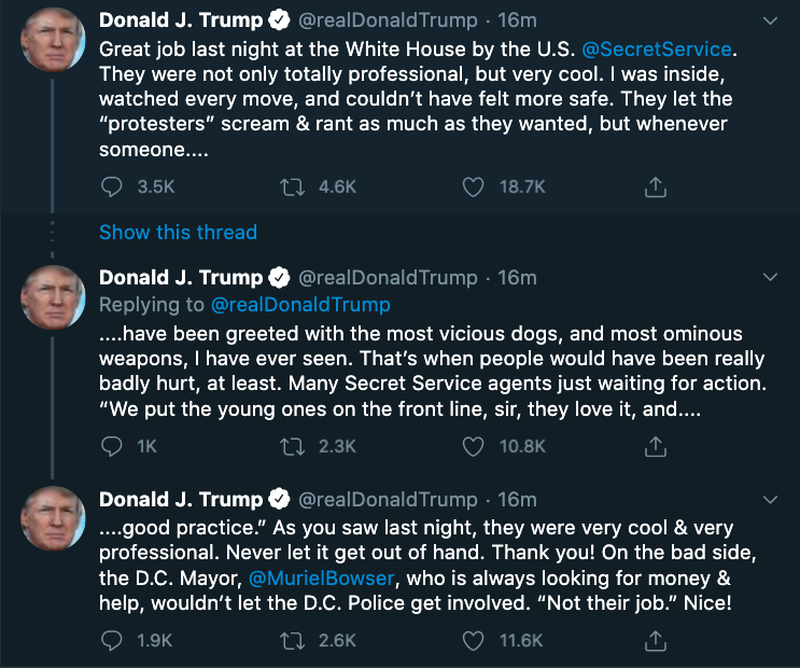 Meanwhile, the Treasury Department in DC was breached by rioters, who spray-painted the building. According to CNN, some of the protesters were stopped by US Secret Service but eventually let go.

Down in Atlanta, CNN’s headquarters were attacked by protesters on Friday evening. 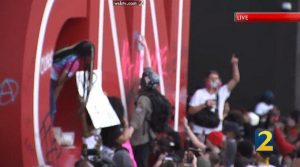 Several stunning images of the unrest in Atlanta last night. 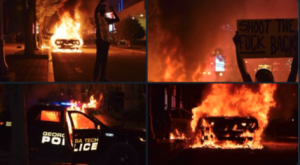 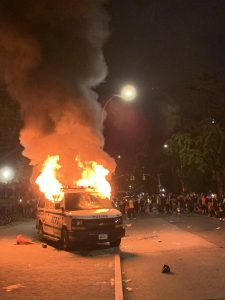 From Houston to Phoenix to Portland, police forces have reported widespread social unrest. 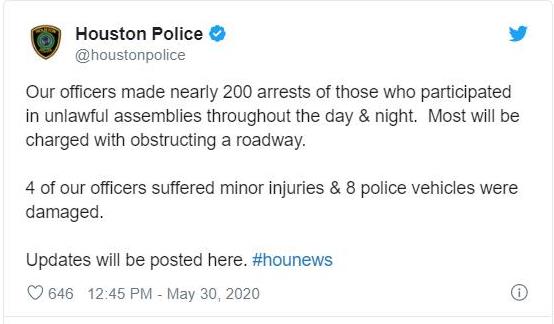 Oakland was crazy in the overnight, one protester stole a skid loader tractor and drove it down the street.

Protesters clashed with police in Oakland.

Several years ago, US Northern Command “rehearsed non-lethal riot control tactics” at Davis-Monthan AFB in Arizona. Perhaps preparation for widespread social unrest across the country. The government has known this day was coming… 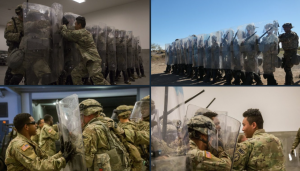 US Northern Command training for riots in 2018

President Trump signed an executive order in late March that allows the Pentagon to mobilize up to a million troops to combat the coronavirus outbreak in the country. The order could now be directed at social unrest. It’s only a matter of time before more state governors activate National Guard troops like Minnesota did early this week.

We were the first to note Friday, the federal government flew a military drone above Minneapolis to spy on protesters. 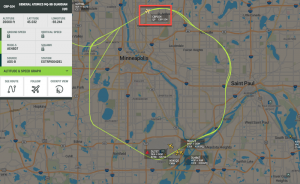 A perfect storm develops: 40 million unemployed, economy crashed, record polarization and wealth inequality at extremes, the country is quickly descending into chaos into the summer months. So what happens when the government stops unleashing helicopter money for people who recently lost their jobs?