In the Netherlands, Empty Prisons Become Homes for Refugees

As plunging crime rates close prisons across the country, a government agency is using the space to house refugees 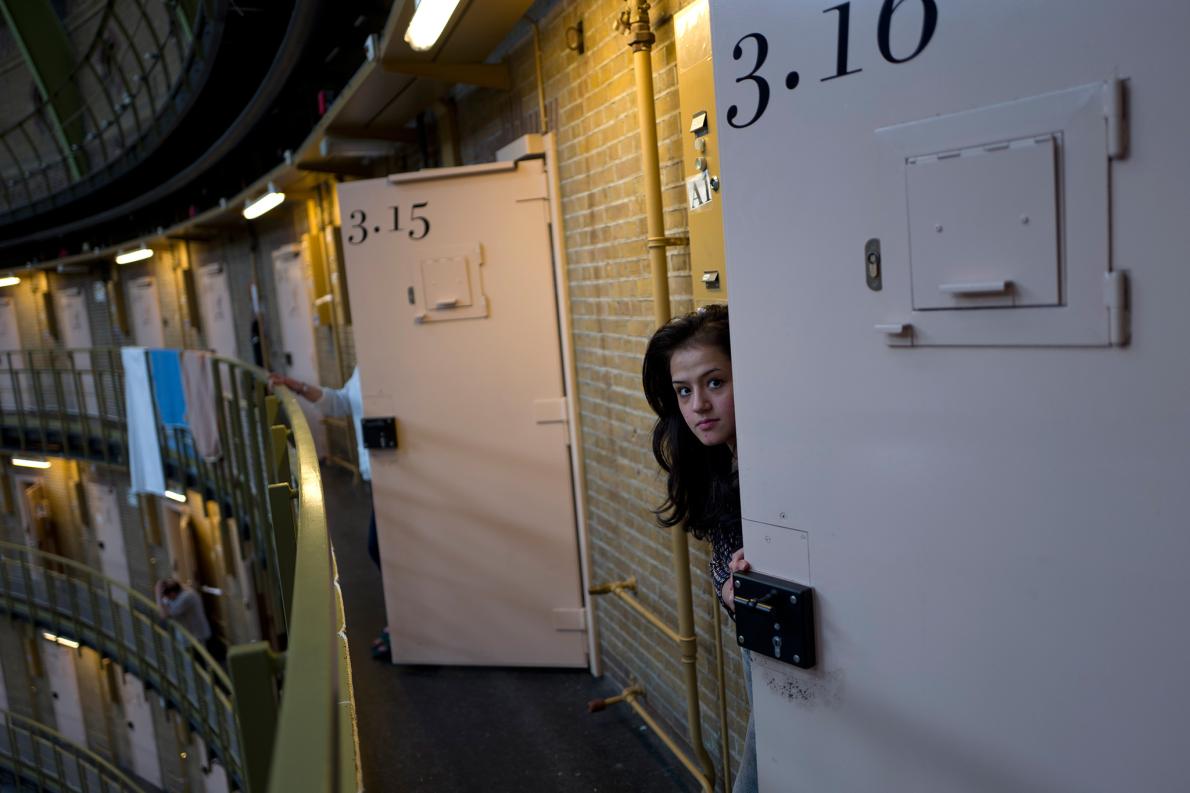 A 19-year-old Afghan refugee peeks through the door of her room at the De Koepel prison in Haarlem, Netherlands.
Photograph by Muhammed Muheisen, AP

In an interesting take on reusing and recycling, a government agency in the Netherlands has opened empty prisons to accommodate the influx of migrants seeking asylum.

As the country’s crime rate and prison population have steadily declined for years, dozens of correctional facilities have closed altogether. So when the number of migrants started to rise—more than 50,000 entered the Netherlands last year alone—the Central Agency for the Reception of Asylum Seekers (COA) saw a solution. 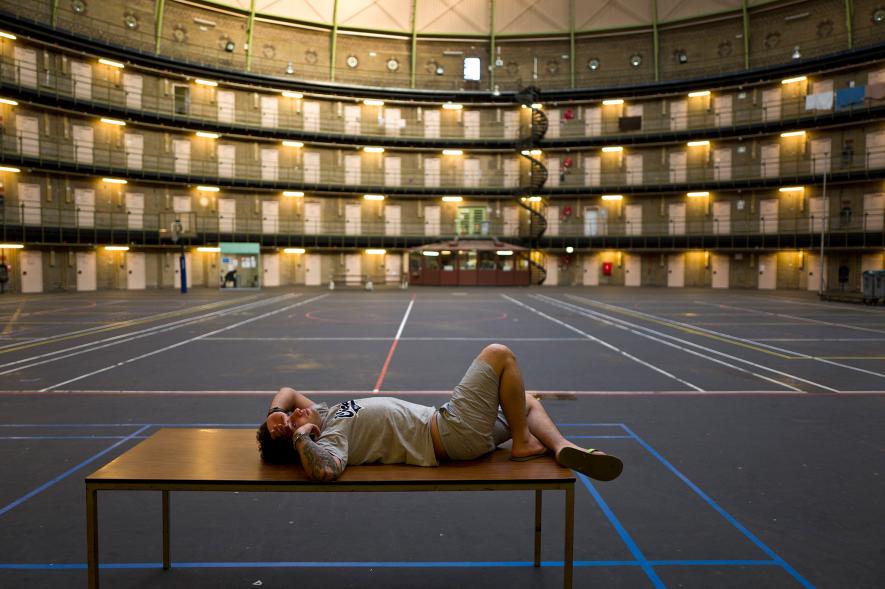 Iranian migrant Reda Ehsan, 25, lies on a table in the courtyard of De Koepel.
Photograph by Muhammed Muheisen, AP

Photographer Muhammed Muheisen, two-time Pulitzer Prize winner and Associated Press chief photographer for the Middle East, has devoted the past few years to photographing the refugee crisis as people move across continents. “The question always in my head was, What happens next?” he says. “The journey doesn’t stop the moment they enter a country.”

Last fall, Muheisen started hearing rumors about the reuse of penitentiaries. “I didn’t exactly understand,” he says. “I thought they feel like they are in prisons.” 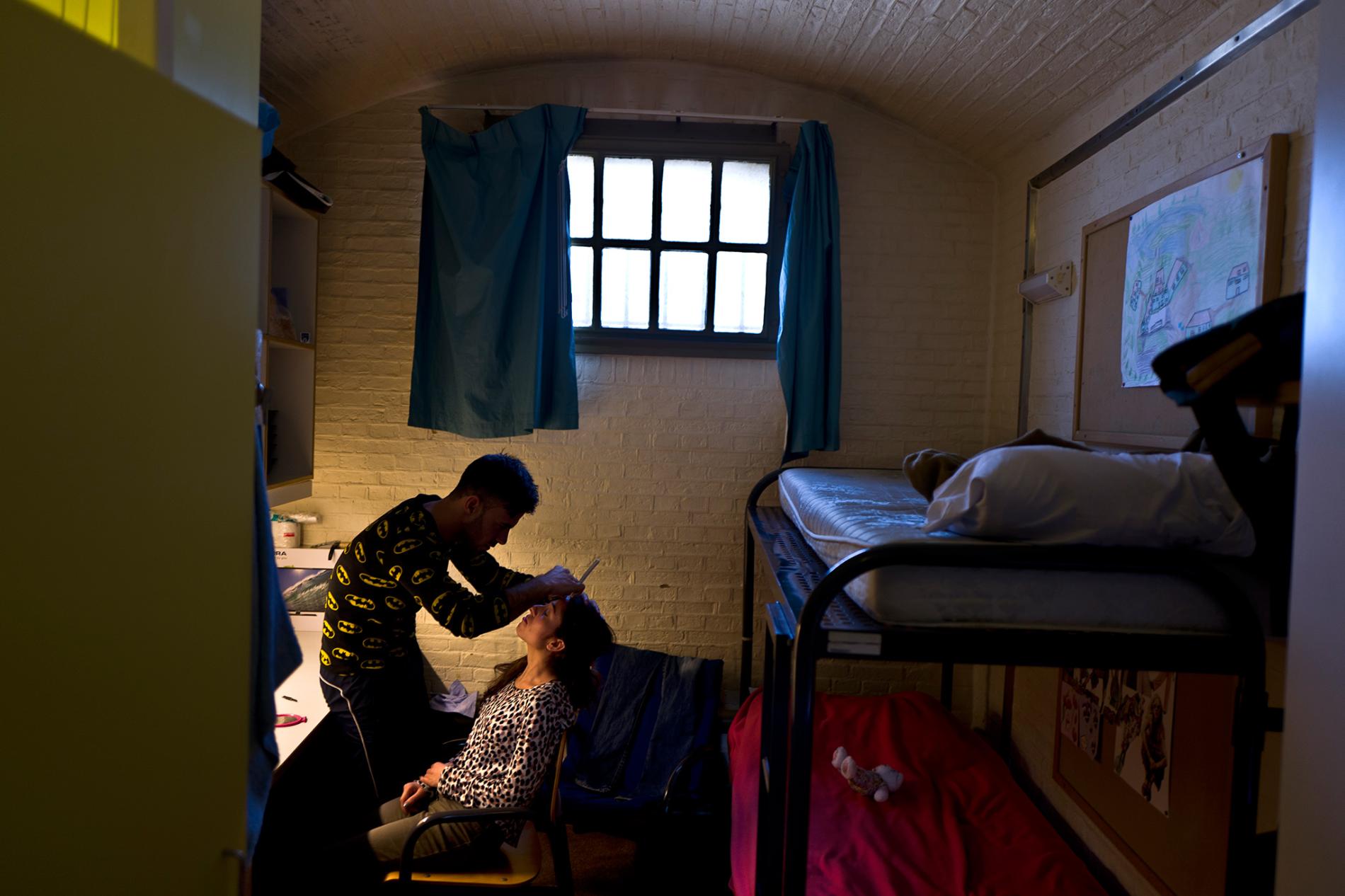 In Iraq, Yazidi refugee Yassir Hajji was a barber. In the room he shares with his wife Gerbia in the De Koepel prison, he practices grooming her eyebrows. 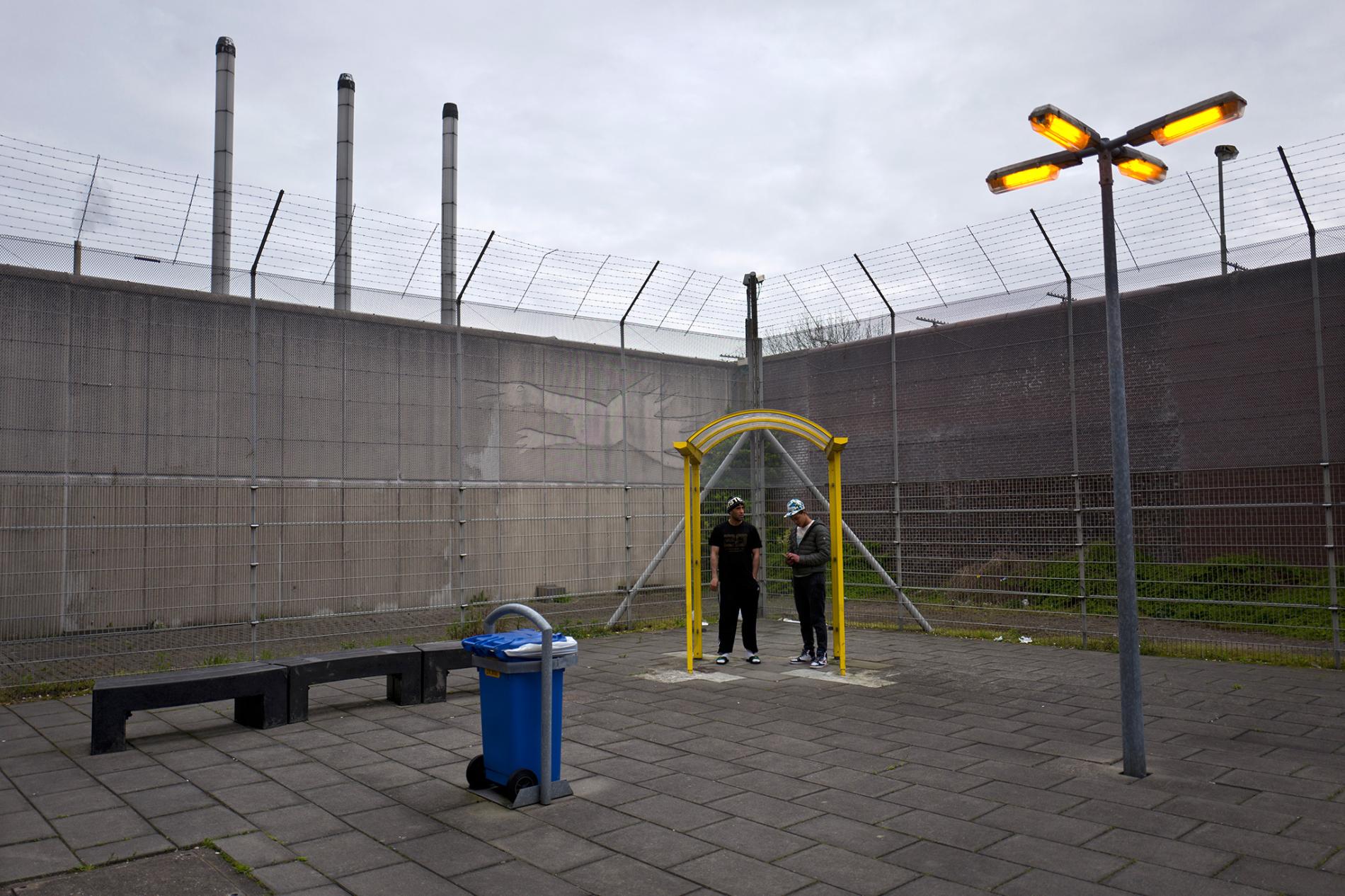 It took six months to get permission to take photos inside of a prison. Eventually, Muheisen spent 40 days visiting three different facilities, getting to know residents and photographing their lives.

“We’re talking about dozens of nationalities,” he says. “Dozens. The whole world is under this dome.”

The refugees—who will live in the centers for at least six months while waiting to be granted asylum status—are free to come and go as they please. Muheisen says that some have forged friendships with their Dutch neighbors. 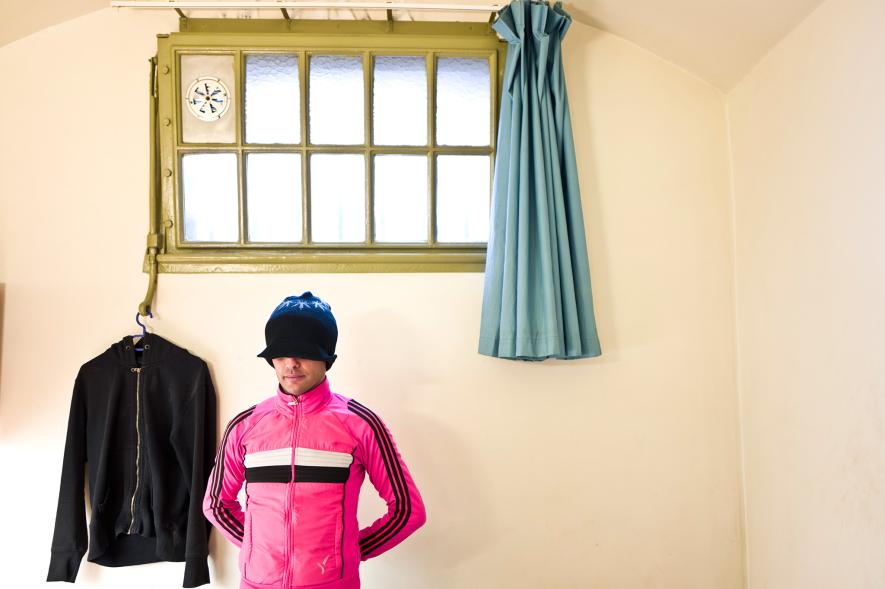 A gay Moroccan migrant, who wishes to remain anonymous, stands inside his room at a former prison. He fled Morocco after receiving death threats, and the Netherlands recently granted him asylum.

Refugees are not allowed to work, but they practice speaking the Dutch language and learn to ride bicycles (both skills are essential to life in the Netherlands). The fact that they do so inside a prison doesn’t faze most of the residents. Muheisen says when he asked what they thought about the arrangement, the typical response was, “We are here under a roof, in a shelter, and we feel safe.”

One Syrian man told Muheisen that living in the prison gave him hope for his future. “If a country has no prisoners to put in jail,” he said, “it means this is the safest country that I want to be living in.” 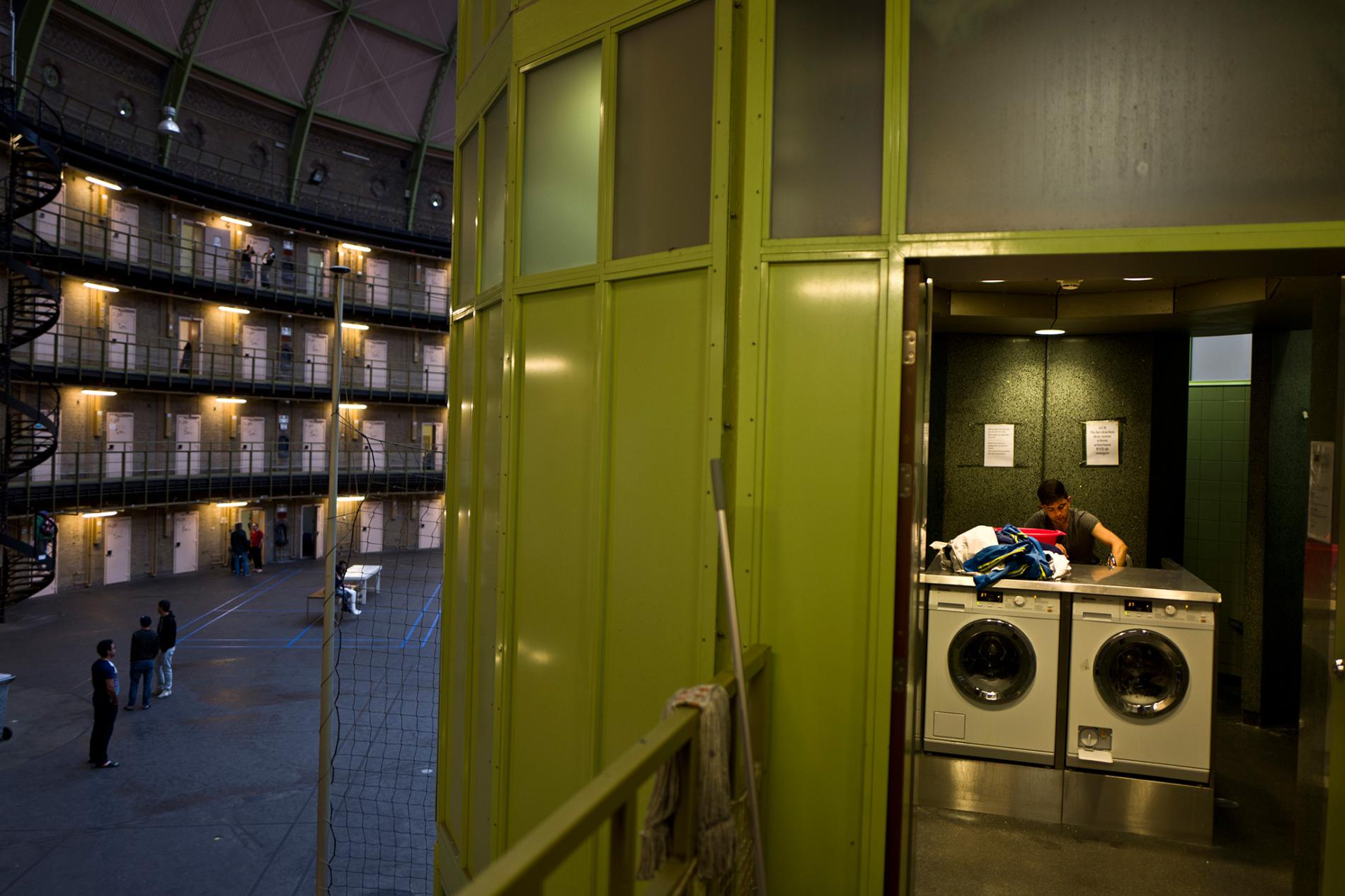 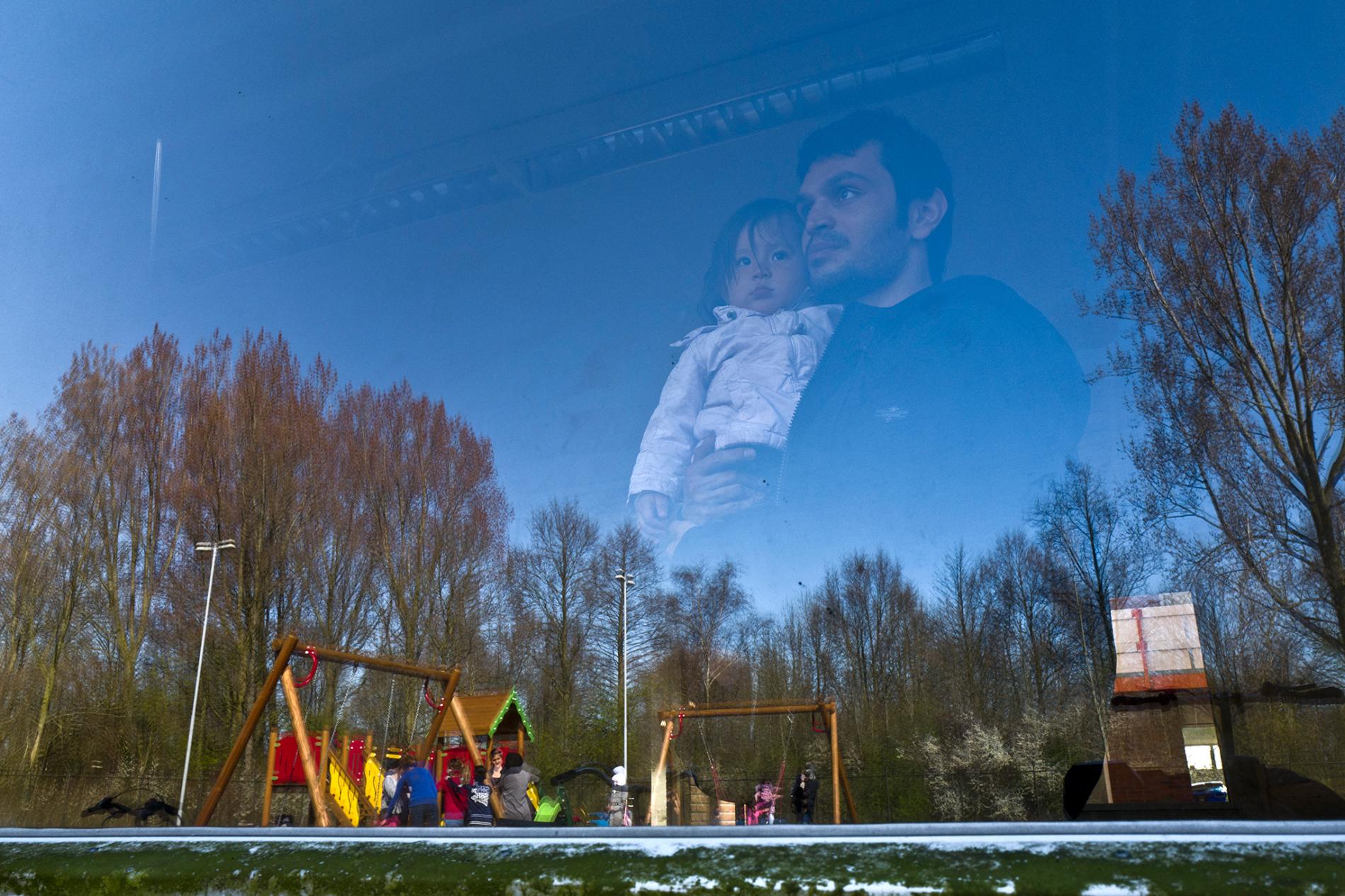 An Afghan refugee and his child look through a window in a now closed prison in northwestern Netherlands. 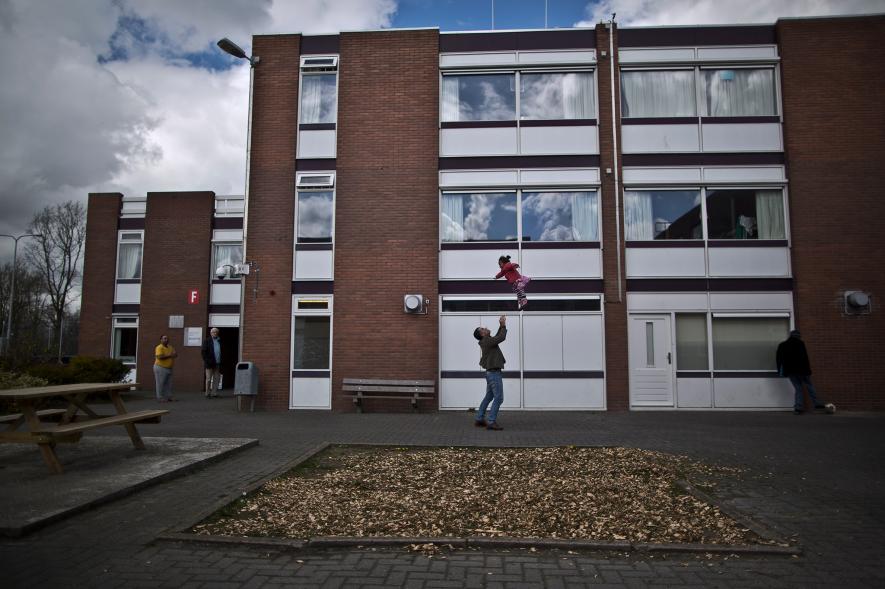 Outside the former prison of Westlingena, a migrant plays with a girl.
Photograph by Muhammed Muheisen, AP