On the day U.S. forces killed Soleimani, they targeted a senior Iranian official in Yemen 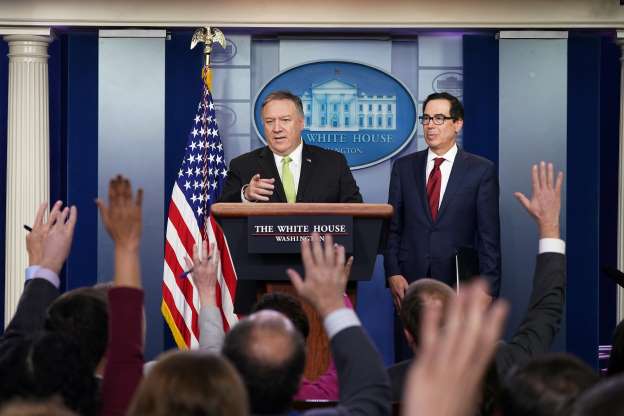 Defense and State Department officials said the strike against Soleimani saved “dozens” if not “hundreds” of American lives under imminent threat. The strike against Shahlai potentially complicates that argument.

“This suggests a mission with a longer planning horizon and a larger objective, and it really does call into question why there was an attempt to explain this publicly on the basis of an imminent threat,” said Suzanne Maloney, an Iran scholar at the Brookings Institution.

The Trump administration views Shahlai as a particularly potent adversary.

A Pentagon spokeswoman, Cmdr. Rebecca Rebarich, said the Defense Department does not discuss “alleged operations” in the Middle East. “We have seen the report of a January 2 airstrike in Yemen, which is long-understood as a safe space for terrorists and other adversaries to the United States,” she said in a statement.

The State Department offered a $15 million reward last month for information leading to Shahlai and the disruption of the Revolutionary Guard’s financial mechanisms. The announcement said that Shahlai is based in Yemen and has a “long history of involvement in attacks targeting the U.S. and our allies, including in the 2011 plot against the Saudi ambassador” at an Italian restaurant in Washington.

U.S. officials have alleged that Shahlai, born around 1957, is linked to attacks against U.S. forces in Iraq, including a sophisticated 2007 raid in which Iranian-backed militiamen abducted and killed five Americans troops in the city of Karbala.

In a news conference last year, the U.S. special representative for Iran, Brian Hook, said the United States remains “gravely concerned by his presence in Yemen and potential role in providing advanced weaponry of the kind we have interdicted to the Houthis,” who continue to battle a Saudi-led coalition for control of Yemen.